Climate change has affected rural agricultural Central American in various ways including crop blight, drought, and unpredictable storms. Lustgarten describes how these effects leave people in these rural areas unable to sustain themselves financially through agriculture, so they begin to move to large cities like San Salvador in search of opportunity. A fast increase in migration to cities often strains city infrastructures and creates an overreliance on already struggling farms to import food. Cities like San Salvador are becoming more densely populated in its outer rings and its strained infrastructure exacerbates concentrated poverty and city violence. As the second largest emitter of CO2 gas, the U.S.’s response to global climate change could have a tangible effect on Central American concentrated poverty slums.

To make matters worse, COVID19 has heightened urban poverty and violence. The accumulation of these push factors, drives people to immigrate to the United States. Since 2016, immigration has been largely affected by President Trump’s pressure on Mexico to limit entry form the southern Mexico border and his efforts to minimize immigration to the US, overall leading to a growing intolerance for immigrants both in Mexico and the U.S.

Lustgarten used over 10 billion data points to create several models: “we looked at how people moved as global carbon concentrations increased in five different scenarios, which imagine various combinations of growth, trade and border control, among other factors. (These scenarios have become standard among climate scientists and economists in modeling different pathways of global socioeconomic development.)” 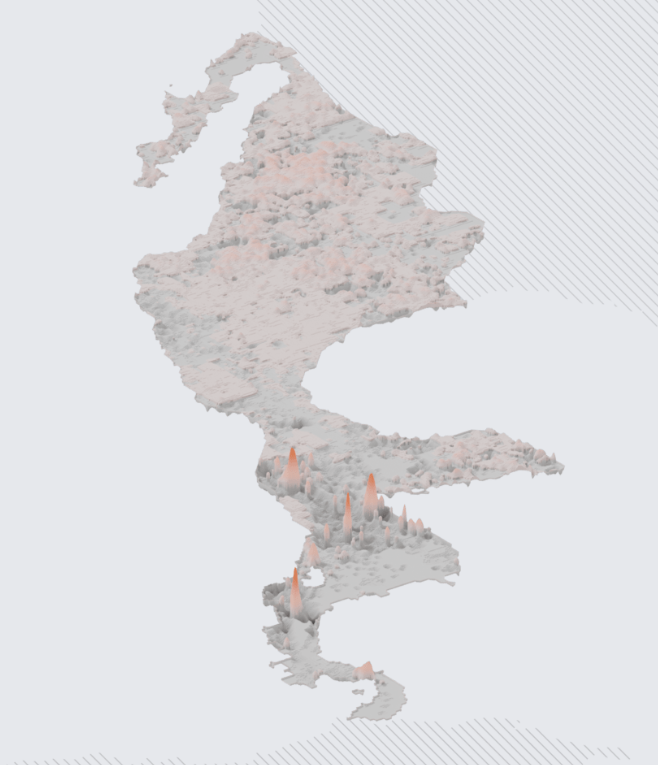 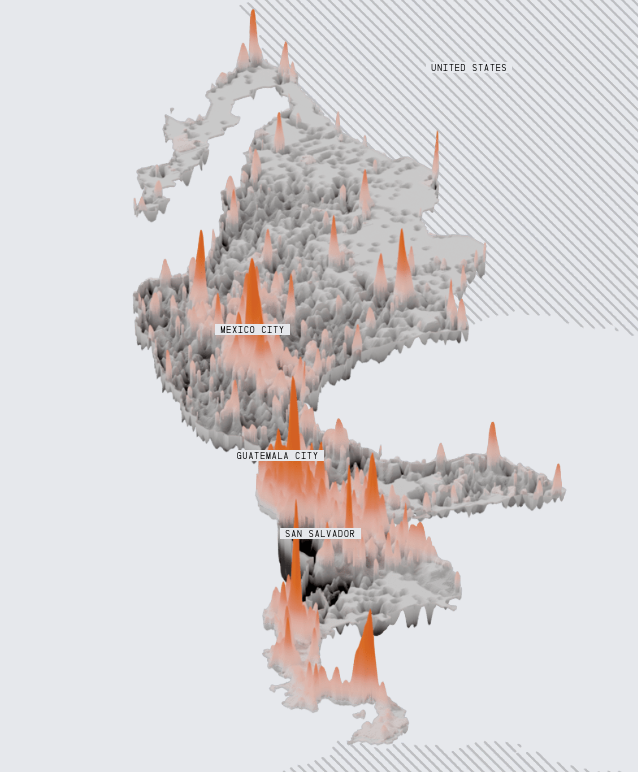 This is how the same area is projected to be in 2050 in globalization and relatively open borders continue: “As the climate changes, drought and food insecurity drive rural residents in Mexico and Central America out of the countryside… Then they move farther north, pushing the largest number of migrants toward the United States. The projected number of migrants arriving from Central America and Mexico rises to 1.5 million a year by 2050, from about 700,000 a year in 2025.” 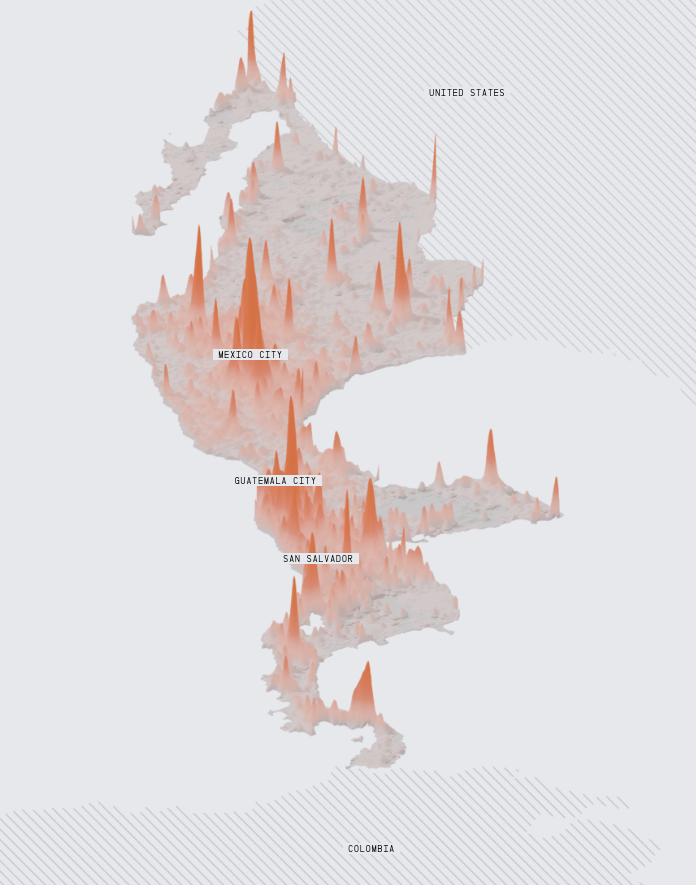 This model predicts how population density will be influenced if the US hardens its borders and urbanization slows: “In this case, Central America’s population surges, and the rural hollowing reverses as the birthrate rises, poverty deepens and hunger grows — all with hotter weather and less water.”