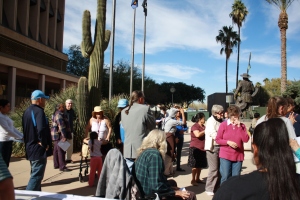 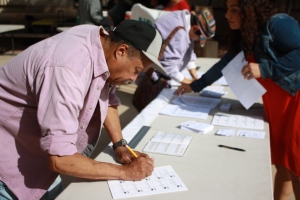 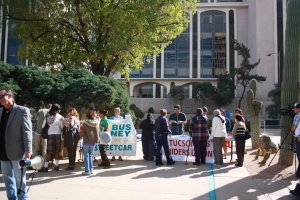 The City’s WAR on Bus Riders and the Bus Riders Union’s Campaign for Transit Justice!
We signed up 150 new members for the Tucson Bus Riders Union at a Membership Campaign Kickoff party outside of City Hall on January 22.
Our goal is to sign up ONE THOUSAND new bus riding members and their supporters by the time the City budget is finalized in April or May.
The Mayor (who doesn’t seem to like us?) pulled the fare increase off their January 22 agenda. It will be heard on either February 4th or February 18th.
We will be there – in force!
Council members Ulich and Fimbres have committed to vote NO to fare increases this year. We need 2 more votes.
Stay tuned!