“Sanctuary makes a ring of fire around our people.”
– Marisa Franco and Not1More Deportation

As I write this requested response to the question, “What does being a Sanctuary City mean anyway?” I am watching friends and compañer@s who have locked down to keep an ICE van from deporting loved ones from Phoenix to Mexico. As I write this sentence the Phoenix PD is beginning to attempt to clear the site of Phoenix residents intervening with Trump’s, and formerly Obama’s, immigration dragnet. The young, fierce Latinx who is narrating the scene is telling me that none of the local politicians have shown up, she’s calling out the double-speak of the mayor saying they are only interested in challenging Trump when it feels convenient. She also reminds us that the people on the ground remain strong and will defend their neighbors and families. Órale! 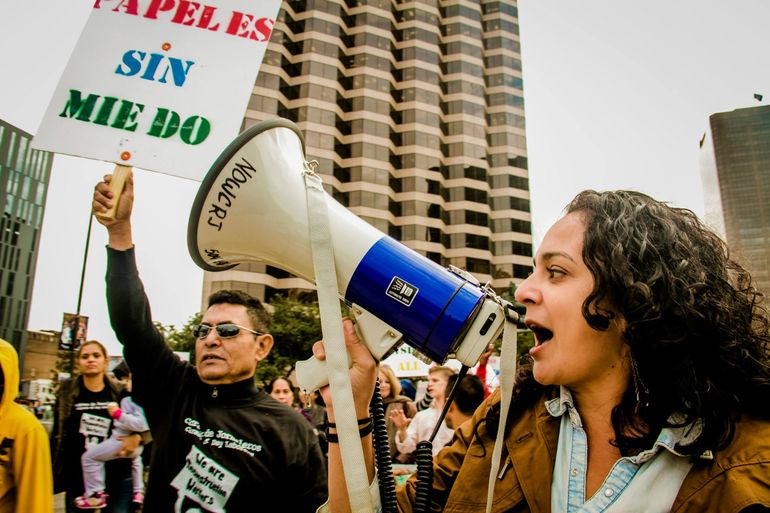 This is Sanctuary in Action. This is People Power.

But, at the request of my dear friend at Casa Maria, Mr. Brian Flagg, let me actually answer the question regarding what it would mean for Tucson to be a sanctuary city. The real-life scenario happening in Phoenix is exemplary and I trust my dear readers are more than capable of pulling that thread through. 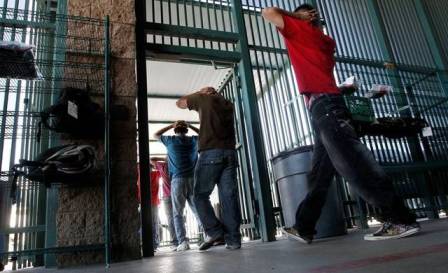 So, my personal feeling is that it is less important to hold up “Sanctuary City” labels as a point of pride than to actually change the routine practices within the city itself. As they say, “talk is cheap.” I also think it is important to understand that sanctuary policies are a direct antidote to attrition through enforcement policies – or policies with the explicit aim to make the lives of undocumented city-dwellers and their mixed-status families so unbearable that they “self-deport.” In case you forgot, SB1070 was a signature example of attrition through enforcement and in addition to requiring local law enforcement to work with immigration authorities it also sought to outlaw soliciting day labor. To engage in Sanctuary City policies is to do harm reduction on behalf of your residents and to not be complicit in state violence against our undocumented neighbors, but, when our people enact Sanctuary we actually edge toward liberatory possibilities.

The most obvious ways that cities engage in attrition through enforcement practices is to allow their local police to function as an arm of immigration authorities. This is a long standing issue in Tucson and Pima County and even the UA Police Department’s hands are dirty in this regard. In the City of Tucson and the City of South Tucson there were multiple threats of litigation brought forward through collaborative work among the Red de Redes (migrant led protection networks working in coalition) and the ACLU of Arizona. The City of South Tucson was caught in a particularly damning execution of SB1070 and under the leadership of a new city attorney they outright denied the ability of their police department to engage with immigration law enforcement. It was the right thing to do and, more than anything, it was the legally appropriate thing to do by those in power.

The City of Tucson was threatened multiple times and given numerous ways that they could be in compliance with SB1070 and not fully cooperate with Border Patrol. It took countless hours of meetings, calls to the audience and tons of organizing by the Red de Redes and a new Police Chief to finally change the policy. All of this at the same time that Tucson was an “immigrant welcoming city.”

The main point of the story is that if we call for a Sanctuary City we need to actually do some study and understand the subtle ways that local governments do the work of immigration authorities in our name. For instance, did you know that Pima County has a particularly bad track record when it comes to collaborating with Border Patrol? While the county often talks about their need to respond to clandestine migration in Pima County and often fails to discuss the random stops and calls to Border Patrol that happens through the city of Tucson – should we really accept either practice? When it’s all said and done, remind people who call for a “Sanctuary City” that the changes in poli-migra activity was fought for and won by long, tough organizing by undocumented neighbors and ask them how they plan to learn from and extend their work. Ask them what practices are leading to people being turned over to ICE or Border Patrol in Tucson and if they don’t know, tell ‘em to find their way to a myriad of coalition work including the Red de Redes, the Protection Action Network Fund and the Southern Arizona Sanctuary Coalition. And remember, Talk Is Cheap.

Learn more about what Not1More Deportation and Marisa Franco’s call for Sanctuary: A Radical Expansion of Sanctuary: Steps in Defiance of Trump’s Executive Order

Learn how Not1More Deportation thinks we can form Sanctuary Cities: Expanding Sanctuary: What Makes a City a Sanctuary Now? 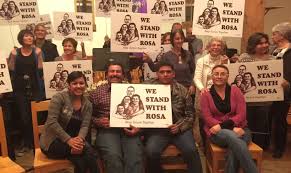